Spirit 52’ Flight of Ufford was designed in 2005 by Spirit CEO and head designer Sean McMillan for himself and his wife Jenny.

Two years later she was built and ready for eight successive years of competitive racing, leisure sailing and exhibitions as the Spirit Yachts’ company demonstrator yacht.

Designed as a performance cruiser, Flight (as she is often known) is closely based on the Spirit 54’, which featured in the James Bond film Casino Royale.  Handcrafted using wood/epoxy construction, Flight enjoys an impressive power to weight ratio and with a displacement of only eight tonnes she is an extremely light performance cruising yacht. 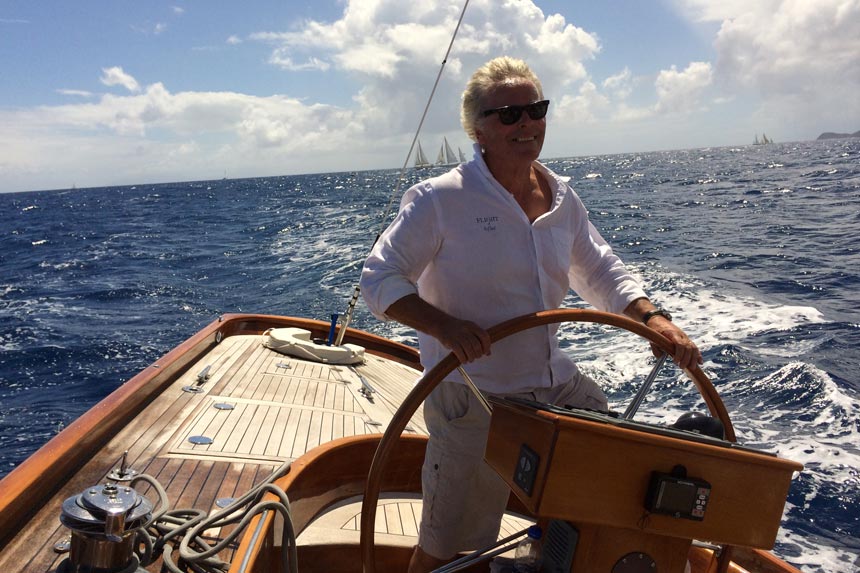 A keen racing skipper, Sean works closely with John Parker of OneSails to continually tweak and improve the sail wardrobe, which now comprises a full carbon racing main and jibs as well as five symmetric and asymmetric spinnakers.

Sean comments, “In ideal racing conditions Flight is now able to achieve an apparent wind angle of 27-28 degrees which is not to be sneezed at!  Whilst we regularly achieve double figures in boat speed, Flight’s best speed so far was 16 knots in Antigua last year.”

At last year’s Panerai Classic Week in Cowes, Flight stormed into second place overall in the Spirit of Tradition class (beaten only by Spirit 54’ Soufriere), where she was crewed by Spirit Yachts team members from the yard in Suffolk.  Adding to Flight’s already impressive trophy cabinet, Sean also went on to win the Single-Handed Race for the Carib Bean Coffee Cup at the Antigua Classics regatta. 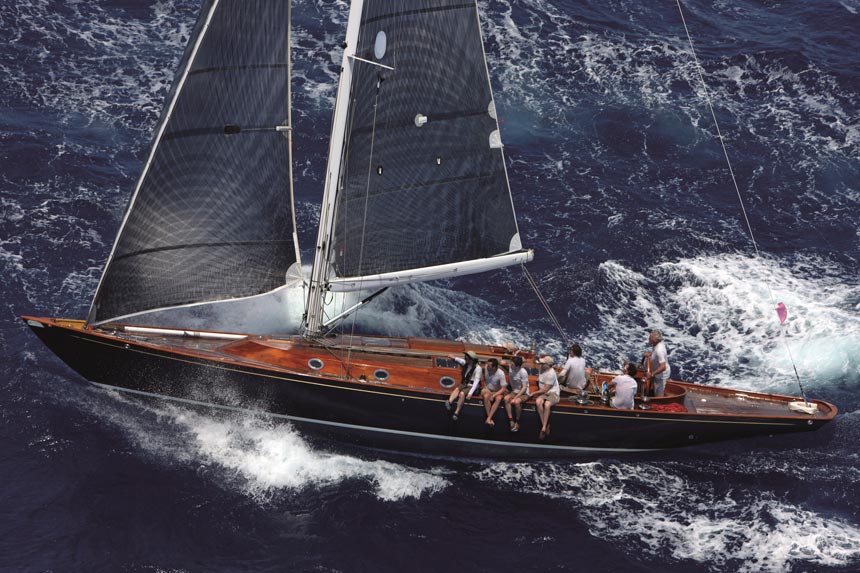 As well as her renowned reputation on the racing scene, Flight has spent much time cruising the East Coast, the Solent, the Channel and the South West Coast.  Sean adds, “I love spending time aboard Flight with Jenny and our dog Charlie, even if it’s just messing about locally.”

Down below, the spacious saloon and efficient use of storage in the galley offer ample opportunity for entertaining and the mahogany panelling throughout provides the warmth and elegance of a classic Spirit interior.  Flight comprises a twin cabin forward and double owner’s cabin aft, both with private en-suite facilities, however clients can specify alternative layouts.

Of Flight’s ongoing repair work, Sean comments, “After eight seasons, including a considerable amount of very competitive racing, she was in need of a birthday!  For the first time, we completely stripped and re-coated her varnish – not bad after eight years.  Whilst doing this, we took the opportunity to replace areas of the mahogany on the coachroof where the inevitable dings and bangs that happen during racing had taken their toll.”

Sean continues, “The coachroof teak was about 40% worn by the crew movements on each tacking manoeuvre so that was replaced at the same time. The main deck is still fine, as was the hull paint, which simply needed a good polish. The rig was completely stripped and inspected and all the rod rigging was replaced – this is normal prudence on a yacht raced hard.”

The team in the Spirit yard are now finalising minor re-varnishing work in the companionway, changing the engine box to improve service access, replacing all the rubber seals in the hatches and generally tidying up any wear and tear before her re-launch at the end of May. 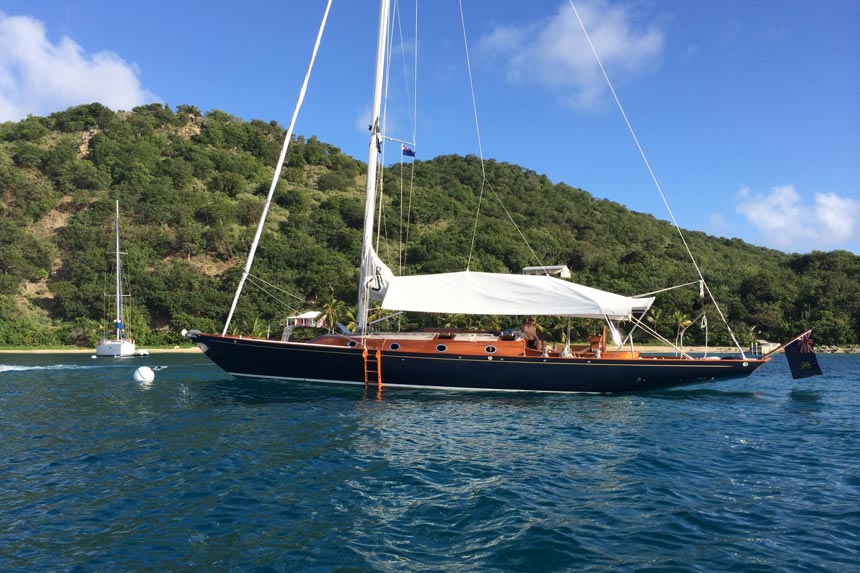 When asked about his proudest moment onboard Flight, Sean reflects, “There were two really.  The first moment of real pride, not just for Flight but for the whole company, was when she was invited to participate in the Avenue of Sail for the Queen’s Jubilee Pageant in 2012.  This was particularly special as Flight was the only modern sailing yacht invited.  The second was racing with eight other Spirits at the Antigua Classics regatta in 2014. We have competed successfully for many years but Antigua was some of the greatest racing I’ve ever done.  I was particularly pleased with winning the single-handed race – that was great fun.”