Success for the Spirits at Panerai British Classic Week

A fleet of nine Spirit Yachts was treated to champagne sailing conditions at this year’s Panerai British Classic Week, organised by the British Classic Yacht Club.  The six-race series across a week-long regatta in the Solent saw the Spirits triumph overall and in Class 1 (modern classics).

Spirit Yachts’ founder and head designer Sean McMillan showed that his eleven-year-old Spirit 52 Flight of Ufford is still a force to be reckoned with by winning not only Class 1, but also the sought-after Yacht of the Regatta trophy. 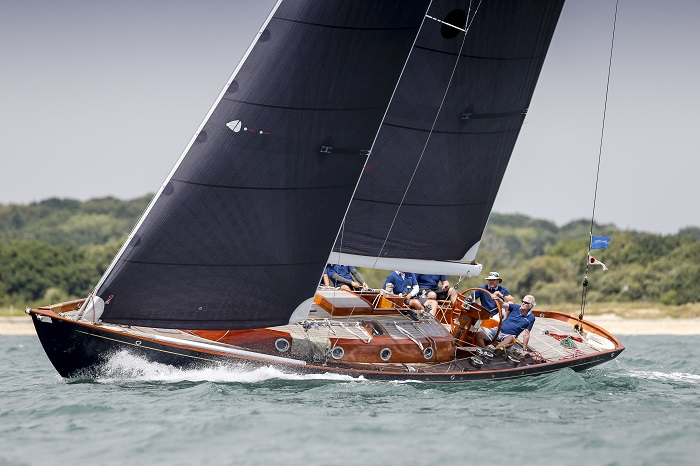 Sean commented, “There is nowhere else in the world where the racing is more challenging. Tacticians have to negotiate the strong tides, a busy shipping channel and conflicting currents; it’s exhilarating racing.

“This is the best regatta I have ever raced in my entire life; the weather was superb, competition fierce and the course setting was world-class. I was honoured to be racing alongside eight other Spirit Yachts and their talented crews; the camaraderie was fantastic.”

Taking place in the Solent, the stretch of water between mainland UK and the Isle of Wight, Panerai British Classic Week racing is world renowned for its testing and varied courses set by the Royal Yacht Squadron.

Hot on Flight of Ufford’s heels was Spirit 52 Oui Fling whose racing green hull could be seen effortlessly flying across the shimmering waters of the Solent to finish second in Class 1.  The unmissable bear on Spirit 65 Chloe Giselle’s spinnaker was never far behind on corrected time and she sailed a strong regatta to take third place in Class 1. 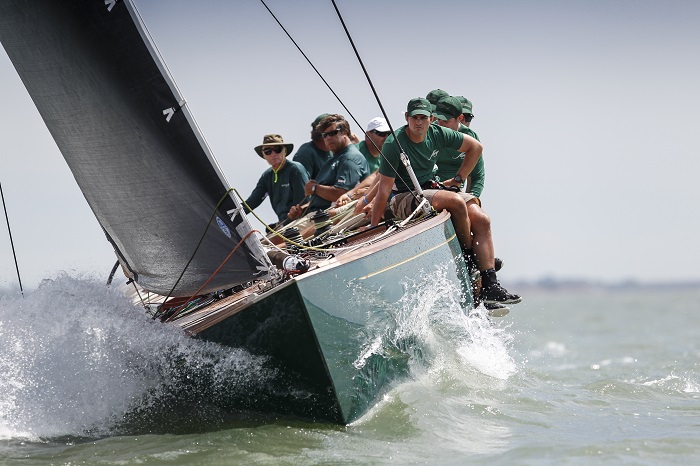 Above L-R: Spirit 46 Helen, Flight of Ufford and Spirit 65 Chloe Giselle against the backdrop of the Royal Yacht Squadron.  Photo credit: Paul Wyeth.

Spirit 37 Strega was not to be outdone; she shone through for the judges and won the Concours d’Elegance prize in Class 1.  Rumour has it she has a witch engraved on the end of her tiller, but curious readers will need to book their place at next year’s regatta to see for themselves.

In a week of fast-paced racing, Spirit 46 Dido came out the other side of two collisions still smiling and her crew picked up the ‘in need of a stiff drink’ prize.  They have said there is no doubt they will be back to race again next year….

Freshly launched this year and making her first regatta appearance, Spirit DH63 Gwenhyfar turned heads wherever she went.  With her yawl rig, including sunshine yellow mizzen staysail, elegantly designed deckhouse and flush decks she will certainly be one to watch in future years.  Don’t miss a chance to see her up close at the Southampton Boat Show from 14th – 23rd September.  Click here to find out more.

All Spirit Yachts are eligible to enter in the modern classic, Spirit of Tradition class at regattas worldwide.  Panerai British Classic Week forms part of the Panerai Yacht Challenge: a series of ten regattas in the UK, Mediterranean and on the east coast of North America.  To find out more, visit www.paneraiclassicyachtschallenge.com